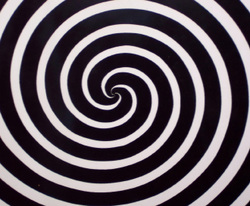 Wow!!!! I'm watching an old interview of Whitney Houston. It was taped in 2002. They asked her, "Where do you see yourself 10 years from now?" She said, "Retired". Well she is retired now, but not in the way she probably was envisioning. I've kept my mouth shut during this trying time, but now it's time to stimulate the mind. What is the lesson learned in the death of Whitney Houston? The lesson is "Choice". You don't get to be 48 years old not knowing that certain choices can kill either in that moment or over time. Drugs.....just happen to be her choice, but what's your choice? What are you doing that is causing you not to live your best life. What's your vice? See let me share something.....It's not about how much money we have, how much fame we have, how much people "Like" our comments, or how many "friends" we can accumulate in social media. EVERYTHING PHYSICAL will eventually kill us, either fast or slow, but we will die. It's non optional our physical bodies were born to die, either naturally or unnaturally but regardless we will die. What lives for ever is the power that lives in us. Our Spirits are Immortal, and we live forever even without a body to house our energy. Whitney Houston's Spirit lives on, but the lesson of her death lives now. Mass media will grip your minds, and steer you away from "what is so" in this moment. Make you pay attention to what does not matter. The media tore Whitney Up over the years, put her pain on blast and could care less about where she was heading as long as her story sold their advertising space and tabloid magazines. Now she's gone and the last story of her life will sell just a few more ads and then it's all done. Just "The Best Of" Cds and "Biography Movies", or "Unauthorized Books", and another dead celebrity in another 6 months to a year. All experiences are designed to teach us something. So what you learn in this experience really depends on what you focus on. Don't focus on her drug use.....I'm pretty sure about 95% of us on this page alone have done some type of "drug" taken some type of "risk" or sat by idol while someone we love kills themselves slowly based on choice. 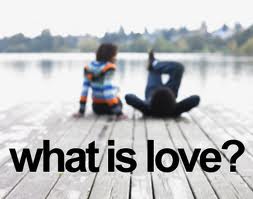 True Story!!!! I hated Valentines Day, especially in High School. OMG I lived across the street from my High School, and it would hurt like a mug to watch all the "cool girls" walking home with their stupid balloons, and fluffy white teddy bears. I would literally cry I was so mad. I thought I was ugly, or stupid, or just unwanted in general. I felt like I would never be noticed or thought of... as "the cute one". I always felt disappointed on Valentines Day. THEN I GREW UP realized that most of the "cool girls" were sending those stupid Valentine Grams to themselves. As an Adult, I realize that Valentines Day is just one of those retail come ups, and it's not the day that matters, it's the "Way" that matters. So to all of those that love their Valentine, it's not what you buy, it's how you love. LOVE HARD, but don't make it Hard to Love because it's really about the "product" that you and your lover create together.

A friend of mine on Facebook asked his subscribers, if 5 year engagements were okay, or if we would have a problem with that.

This what I said.......It depends. Some may make the mistake of sharing financial responsibility before they get married. Non religious people would have no interest in "rushing " in to it. They just enjoy feeling married. Perhaps 5 years will get us out of debt... so we can start financially clean. I will put it like this, marriage certificates are basically vouchers to cash in in the other person if they die, and holds each other financially responsible for each other. There's no big incentive there. The hoopla is for the ego. The ego runs ramped as the chosen one rides off with her prince charming until happily ever after......basically death due us part. Point blank some of us have been in life long engagements with our personal goals and are still not even close to finally saying "I do" to the visions they have set. So a five year engagement should be fine.
Powered by